Select the white whole wheat kernels and wash the in cold water. Then mash them in a thick cloth with a pestle from a mortar and hit it on a wooden bench or in a mortar. To prepare it more quickly add a little extra thick grains of salt will strip off the husk and peel off the skin.[3]

When the bran is clean, wash it well and put it in a pot with 2 c cold broth and bring to a boil. If more water is needed, add it but it is best not to have to add more after starting to cook it. All this should be done at night, and when cooked remove it from the heat and put it in a pot inside a basket of bran. Cover it with a rag and leave it until next morning.

In the morning, select white almonds and peel them. Make almond milk with the left over broth but if goat’s milk is available it is better; and then take the groats and remove the wheat that is on top. Pour the milk over it; heat it and take care not to burn it. Let it cook well and if preparing a bowl for the lord of the house serve him only the liquid at the top of the pot, because this is the best. Sprinkle it with sugar and cinnamon.


[1] In Chile this is called “trigo mote.” It has developed into a non-alcoholic national drink called “mote con huesillo” It is sold by local street vendors and especially at the base of the virgin in Mount San Cristobal in Santiago, which all tourists visit. It consists of dried peaches soaked overnight and then stewed in sugar and cinnamon the next day. To this the cooked groats are added. It is refrigerators and drunk cold during the summer months.
[2] If using hulled wheat kernels, this process is not necessary as it is done by the manufacturer.


[3] If store bought whole wheat kernels, this process is not necessary. 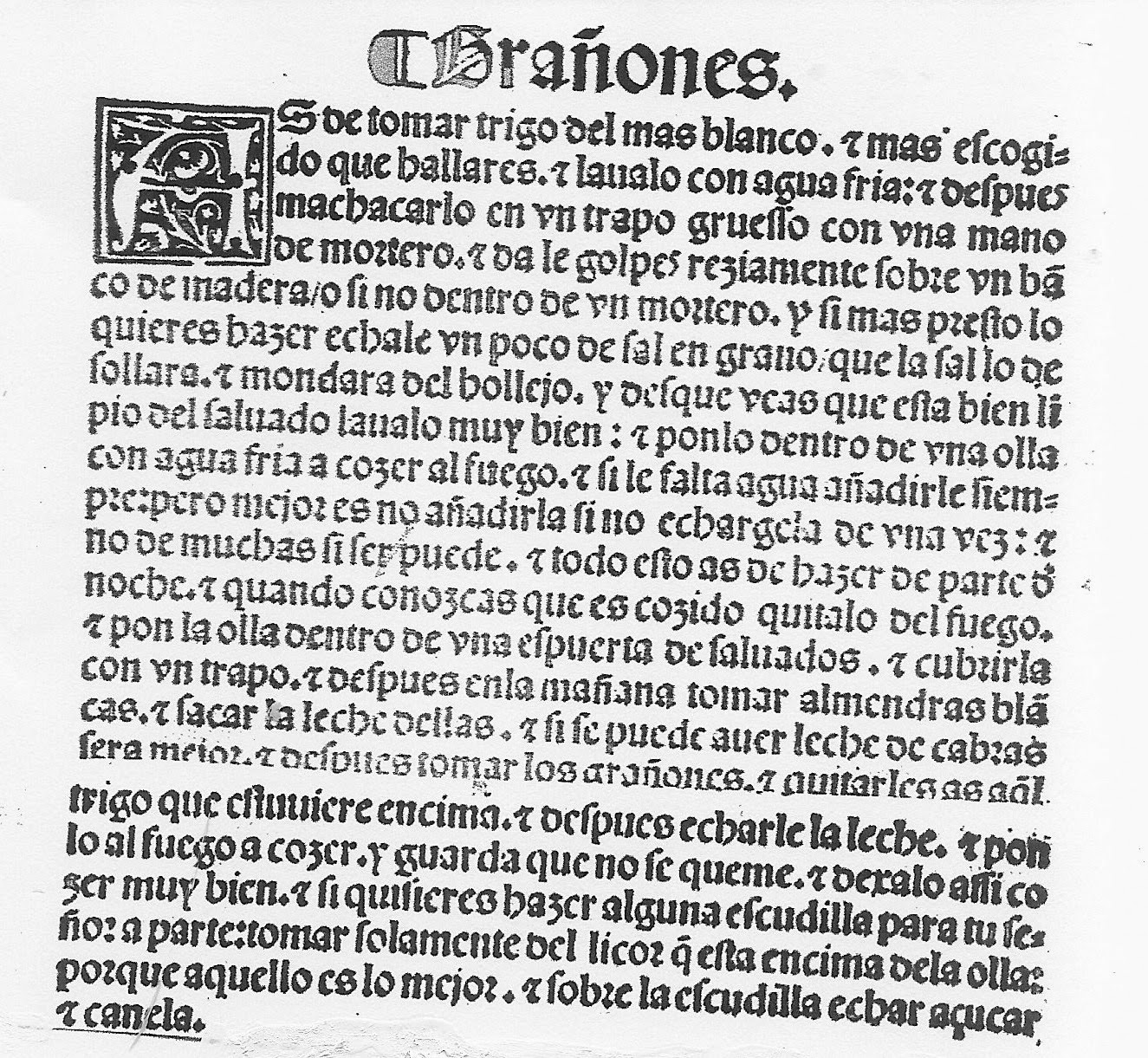