LANDES ESSENTIALS IN TIMES OF FAMINE

Acorns are fundamental in times of famine. As late as the Spanish Civil War (1936-1939), many families were saved from famine by collecting acorns and making bread from mashed acorns made into flour. Colonists from Britian who arrived late in fall to North America were forced to scratch the earth for food. They too made acorn flour, which they used to make bread.

Acorns are the main substance for pigs in southwestern Spain where the holm oak trees thrive. The pigs’ smell can distinguish between sweet and bitter acorns. If one examines the area on the ground below a holm oak, he will find acorn shells and whole acorns left by the pigs if bitter.

Holm oak acorns are credited with giving the unique taste to serrano ham as that is what the pigs eats while being raised to produce such a delicious leg. 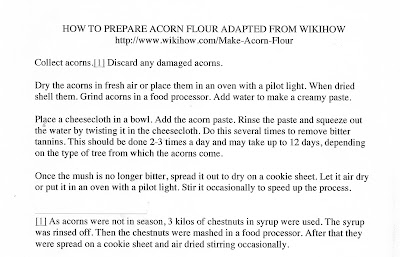