Ingredients (half the original):

to use in making loaf:
¼ c sugar
½ oz cinnamon (I need to measure how much volume this is)
1 tbsp butter
~ 2 tbsp melted butter
½ tsp rosewater
½ tbsp sugar

Note that most of the quantities are specified in the original recipe.

Mix flour and salt in a large bowl; mix yeast with warm water, beat
egg yolks with rosewater, melt ¼c butter. Make a well in the
center of the flour and pour the liquids into it, stir together with
a wooden spoon, then knead for half an hour (!). Let rise an hour and
20 minutes.

When dough has risen, pinch off about an eighth of it and
spread it out flat in the bottom of a greased 8"x 8" pan; spread ½
tsp melted butter over it. Spread the rest of the dough out on a
floured board to a rectangle 8"x15" (I did 7"x 11" and it wasn't big
enough), spread with 1 tsp melted butter, and sprinkle on ¼ c sugar
and ½ oz cinnamon. Spread the filling on top of that; dot with 1 tbsp
of butter in pieces. Roll up and pinch together to seal, so that the
filling won't all ooze out. Put on top of the piece of dough in the
pan and spread another 1 tsp of melted butter over the top. Let rise
another 10 minutes or so.

Bake 45 minutes or so, taking out halfway through to spread with another 1 tsp
melted butter. After 40 minutes baking, sprinkle with rosewater and
sugar, then put back for another 5 minutes.

Friedman’s Comments: good.  Too much filling per amount of dough for my taste,
but that's what the recipe says. The piece of dough it is put on
becomes part of the loaf, rather than remaining behind in the pan. I
rolled this up as I do cinnamon bread, and it didn't really fit the
description: didn't twist by itself until it becomes like a snail; I
can't make much sense of this. Anyone have any suggestions?

Next time: do full recipe; knead for less time and compare resulting
texture to see if the full half hour is really necessary; try rolling
from the side of the rectangle rather than the end to see if I can
get it more snail-like that way--maybe roll tighter ("more closed")


at one end than at the other. Get volume measure on cinnamon. 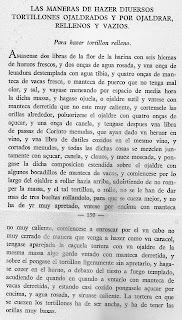